Retired Federal Way Police Officer Xxxx Xxxxxx decided to try an experiment before the Iron Maiden concert at the Tacoma Dome earlier this month to see if the stadium’s security staff are following the law. LEOSA signed into law by President George W. Bush, allows current and retired law enforcement officers to carry firearms into most places where guns are banned by state and local law.

However, when he tried to enter the stadium and showed his badge, the security manager — an employee of the City of Tacoma — told him that he would not be allowed to take the firearm inside. “He said that under no circumstances could an on-duty officer out of uniform, or an off-duty officer out of uniform, or a retired officer, or a concealed weapons permit citizen [enter] … that under no circumstances were [they] allowing anybody into this venue unless it’s on-duty, in-uniform personnel,”

Perhaps even more alarming to Xxxx was in 2017, when he took his gun through the Tacoma Dome metal detectors, and they did not go off. He is concerned that the city’s security is stopping police officers who identify themselves, but not people who might try to get a weapon past guards without revealing it.

The first time he was told he could not bring his gun into the Tacoma Dome was in 2016; then, he was on the clock as a police officer, though in plainclothes. Unquote. https://mynorthwest.com/1526298/dori-retired-cop-tacoma-dome/

Plaintiff is challenging the City of Tacoma’s municipal policy that violates the Washington State Firearms Preemption Law by unlawfully preventing concealed carry within the Tacoma Dome,”...

While he was still working as a school resource officer for Federal Way on June 11, 2016, the Police Department dispatched Stray to the Dome to work at a high school graduation ceremony. He was wearing a two-piece suit and carrying a pistol in an ankle holster when he arrived and identified himself as an on-duty officer.
Security told him he had to put his weapon in his vehicle and searched him when he returned.

The main purpose to go there was to get standing for this case … . They told him, no, there was no way that they were going to let him go in, which we pretty much knew that anyway.” Unquote https://www.seattletimes.com/seattl...ter-tacoma-dome-wont-let-him-in-with-his-gun/

The law only deals with conceal carry not open carry.

The law only deals with conceal carry not open carry.
Click to expand...

Since you do not appear to be from Washington, perhaps you are overlooking RCW 9.41.300(2)(b) which states, in relevant part:

(2) Cities, towns, counties, and other municipalities may enact laws and ordinances:
(a) Restricting the discharge of firearms in any portion of their respective jurisdictions where there is a reasonable likelihood that humans, domestic animals, or property will be jeopardized. Such laws and ordinances shall not abridge the right of the individual guaranteed by Article I, section 24 of the state Constitution to bear arms in defense of self or others; and
(b) Restricting the possession of firearms in any stadium or convention center, operated by a city, town, county, or other municipality, except that such restrictions shall not apply to:
(i) Any pistol in the possession of a person licensed under RCW 9.41.070 or exempt from the licensing requirement by RCW 9.41.060;

On its face, it appers that the retire LEO has a very strong case.

Rapgood...you're quoting WA ‘conceal permit mandates’ while this individual is attempted to enter on his privilege LEOSA credentials ONLY since nothing was mentioned about the gentleman having a WA CCW privilege card.

As you point out 9.4.1.300(2)(b) references that cities, ad nauseam may prohibit CONCEAL CARRY allowed by WA RCW 9.41.070 [conceal mandates] while referencing 9.41.060 [exemption to conceal carry] but this specifically addressing section RCW 9.41.50 which does not specifically address LEOSA FEDERAL provisions.

If ex federal way LE isn’t careful he might lose the capability to obtain mandated annual training certification for his LEOSA privilege. 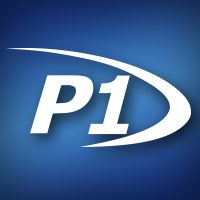 4 LEOSA cases and what they mean for your concealed carry


Is the exemption provided by LEOSA absolute – can I now carry anywhere and at any time?
Click to expand...

No. When carrying in a particular state you are subject to their LEOSA and concealed carry laws. LEOSA does not exempt individuals from federal laws or regulations that restrict the carrying of firearms onto aircraft or other common carriers, or on the premises of federal buildings, property, or national parks. As well, LEOSA does not exempt an individual from state laws that allow persons to prohibit firearms on private or public property. We recommend that you consult an attorney if you have questions concerning the interpretation of these restrictions. https://www.cjtc.wa.gov/certification/leosa
Click to expand...

Seems this could go either way.
D

He's barking up the wrong tree. It's a private property rule that prevented him from carrying. A condition of entry imposed on him by the concert promoter, the lessee of the facility. While they're leasing it, they can operate as the property owner, and prohibit whomever they want.
B

The law only deals with conceal carry not open carry.
Click to expand...

Humm I wonder if the guy is going to be covered by the L.E.O.S.A. act .the only rights you have on private property is the freedom of movement..you don't like the rules your are free to leave. Just now seen the post about L.E.O.S.A. act ..it did protect those two. Drunk Seattle cops that shot that hells angle in Sturgis at a bar.south Dakota wanted to but wasn't allowed to prosecute
Last edited: Sep 28, 2019
G

bushwacker said:
Humm I wonder if the guy is going to be covered by the L.E.O.S.A. act .the only rights you have on private property is the freedom of movement..you don't like the rules your are free to leave. Just now seen the post about L.E.O.S.A. act ..it did protect those two. Drunk Seattle cops that shot that hells angle in Sturgis at a bar.south Dakota wanted to but wasn't allowed to prosecute
Click to expand...

States,are not bound by acts of congress if they do not want to be.

LEOSA is an act of congress therefore not binding on any state that refused to recognize it.

If the state of south Dakota really wished to prosecute they could have.

Once it was appealed to a Federal court however it probably would have been thrown out.

It depends on what Court he filed suit with. State Court, he wins. Federal not so much.
G

We lost this round:

"the plaintiff's motion for Declaratory Judgment and Injunctive Relief is DENIED"

The plaintiff is considering whether to appeal.

"ORDER OF DISMISSAL WITH PREJUDICE"
For it to be dismissed with prejudice means something was drastically wrong with the complaint, but as I predicted.

The Judge ruled that the plaintiff did not have standing because he did not actually purchase a ticket and was not actually refused entry at the time the doors were open for entry.

As you may recall, the plaintiff merely arrived early to check to see if the venue would let him in with his firearm when the doors were opened. The plaintiff was informed in no uncertain terms that he would be not be allowed entry.

Also, the Judge construed the "proprietary" analysis from Sequim to apply to any venue with a profit motive, public or not.

We are working towards obtaining a full transcript.

The judge's order is what needs to be analyzed. If the suit was dismissed because of standing then anything else said is dictum.
Last edited: Oct 24, 2019

hadji said:
We lost this round:

"the plaintiff's motion for Declaratory Judgment and Injunctive Relief is DENIED"

The plaintiff is considering whether to appeal.
Click to expand...

thanks a bunch for the informative update hadji...nice to see your smile back...

There was a time, a few years ago, that this website seemed to be overrun with malcontents and trolls.
I backed away for a while.

Even though I have not been posting here,
I have been working in the background on several cases in the Pacific Northwest.

I have attended City Council meetings, and testified.
I have been in court a few times as a consultant / SME and have testified.
I have written Resolutions for the city council and Training Bulletins for the police department.
I have written half a dozen or so briefs of various nature,
(Amicus Curiae, Writ of Prohibition, Declaratory Judgement, Brief of Respondent, etc),
for District and Superior court, and am currently working directly
with three different attorneys (three different cases).

This one is interesting, because it is nearly identical to the Spokane Public Facilities case,
which we are still working on (going on 6 years now):

This current case has an interesting wrinkle, of which I will most more about soon.
It may be useful to others on this site.