"possession of an unregistered firearm"?

Climo faces multiple federal charges including one count of possession of an unregistered firearm. 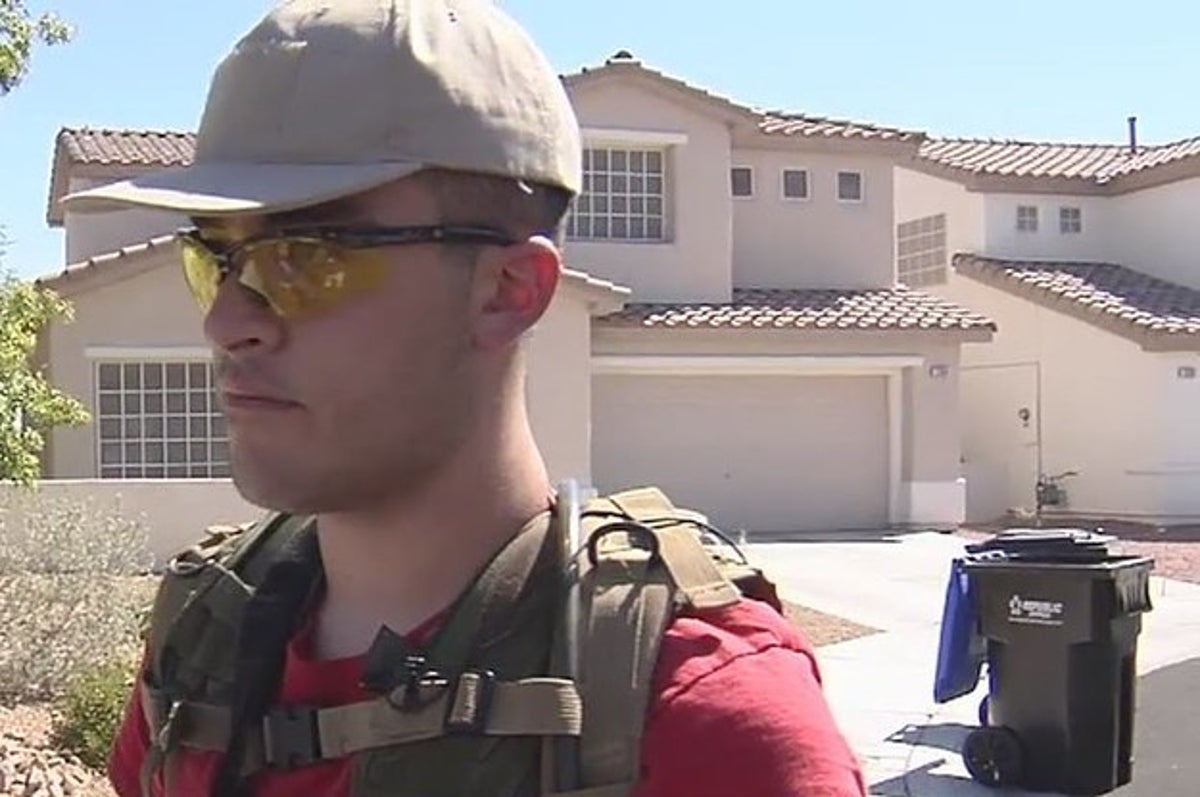 Conor Climo told FBI agents he hated black people, Jewish people, and members of the LGBTQ community and was planning attacks that involved explosives or snipers.

Court documents say Conor Climo, 23, of Las Vegas told an FBI informant in recent weeks that he was scouting places to attack.

During their investigation, authorities discovered Climo used Quora – a website where users post questions and answer – and addressed this question: “What are the downsides of multiculturalism?”
Click to expand...

Anyone can be charged with anything, the hard part is getting a true bill. One may beat the rap, one will not beat the ride.

hammer6 said:
Climo faces multiple federal charges including one count of possession of an unregistered firearm.

It's not a Nevada charge. It's a federal charge, and under the NFA making a Molotov cocktail counts as an "unregistered firearm".

"Investigators serving a warrant at his home found hand-drawn schematics and component parts of a destructive device, according to the complaint, including flammable liquids, oxidizing agents and circuit boards."

KBCraig said:
It's not a Nevada charge. It's a federal charge, and under the NFA making a Molotov cocktail counts as an "unregistered firearm".

"Investigators serving a warrant at his home found hand-drawn schematics and component parts of a destructive device, according to the complaint, including flammable liquids, oxidizing agents and circuit boards."
Click to expand...

I looked up the federal definition of "firearm" and I don't see molotov cocktail?

(22)...For purposes of this paragraph, the term "terrorism" means activity, directed against United States persons, which—
(A) is committed by an individual who is not a national or permanent resident alien of the United States;
(B) involves violent acts or acts dangerous to human life which would be a criminal violation if committed within the jurisdiction of the United States; and
(C) is intended—
(i) to intimidate or coerce a civilian population;
(ii) to influence the policy of a government by intimidation or coercion; or
(iii) to affect the conduct of a government by assassination or kidnapping.

Hammer6, a rose by any other name is considered an incendiary device by the good folks who oversee our safety, especially one used by the common hooligan to cause mayhem, in some cases, against the government.

solus, I'm glad to see you being so compliant with the rules. It is a testament to your fortitude.

color of law said:
solus, I'm glad to see you being so compliant with the rules. It is a testament to your fortitude.
Click to expand...

I wonder if those cited references are applicable to incinerative commentary, per se...

Every household has the cited ingredients under the kitchen sink...

Ah reminisce of the days of my youth of making and launching the glass coke bottles in the yard with friends...

[i am of course conveniently forgetting how ‘cranky’ my father was with the glass strewn throughout the property...]
Last edited: Aug 16, 2019

The chemistry set I had as a kid had one of those little plastic "rockets" where you put some baking powder (soda?) balled up in a bit of TP after pouring some vinegar in the rocket tube. We would put the base back in, pushing the ball of powder into the tube, then turn it over (right-side up) and back off until the CO2 generated blew the rocket into the air.
I even "fumigated" our laundry room by melting and burning some raw sulfur. Fortunately, the laundry room was in the attached garage and not the house itself.

Wonder we surprised we survived our youth...eh?

Definitely !! I even made it through to my late teens wiithout any broken bones. My younger brother wasn't so lucky. He cracked an arm when he fell out of a tree as a pre-teen.

I shied away from heights cuz i was an uncoordinated six-two in 6th grade so became an expert in m80 flushing into toilets and mix’g charcoal and other OTC chems to launch missiles.

HS Chemistry Brig. General Robert Wright taught NI3, Picrates, Azides. Definitely interesting class! BSA Explorer Post built hybrid oxygen-polyacrylate rocket engines. FMC was our sponsor. Also a prepared cadaver for Honors Biology. General Wright loved to threaten to get out his record book and tell the class how much better my mother was when he taught her.

At about the same time I was climbing locally and in Yosemite for the Sierra Club (before they became political) Qualified Leader Program. Camp 4: Recollections of a Yosemite Rockclimber (1994 Mountaineers) by Steve Roper Ch. 5 - 7 covers my time and acquaintances.

I have all my fingers.

Ahhh, Yosemite.
We spent a week there back in '66. My younger brother and I went through those week-long ranger programs (Jr. for him, Sr. for me) with a climb up past Vernal and Nevada Falls to the site of the old lodge. We got to see the firefall from Camp Curry before they stopped it 2 years later. We spent about 6 weeks on this trip, pulling a Holiday Rambler trailer. When went up Hwy. 1 from Anaheim to Frisco, my brother and I had to run ahead on the sharp right-hand curves to stop traffic so our mother could swing wide and not rub the trailer against the cliff. Yeah, they were that close back then.

The Last Real Firefall, 25 January 1968. In December 1969, after I enlisted, I was offered a position at the nascent climbing school by Wayne Merry.

I was in the Valley in September of last year 2018 while the fires were still burning. They had hundreds of slash piles waiting to be hauled out that could have gone to Glacier Point for reinstitution of the Firefall.

That trip was my Seventieth Birthday gift to me. Our plan was to bicycle the Valley loop, but the rent-a-wreck bicycles were coaster-brake clunkers to big and clunky for my wife to ride. So we walked, and, notably, visited Mariposa Grove that had been closed when I last visited fifty-ish years ago. They did good in its restoration.

So we planned to drive our (on topic) BMW X5 with our recumbent trikes and ride them. Two months ago my 80 y.o.wife got electric assist. I learned that the Feds and the NPS are observing and enforcing the CFR (36 CFR 1.4a) making an electric motor bicycle a motor vehicle and prohibited from bike paths. Poop.

So now we are riding 200 miles down the coast of Wisconsin in September.