Let me start at the beginning. Specifically, let's start in the first week of 1L year, when most law students are introduced to criminal law. Crimes, they learn, must include an actus reus—a guilty act. Crimes must also include mens rea—a guilty mind. For a crime to occur, the actus reus and mens rea must happen concurrently. That's been the traditional law of crimes going back to the common law hundreds of years ago.

Around the same time that 1Ls are learning this, they are also learning the modern arrangement that crimes are enacted by legislatures rather than courts. What is a crime is now up to legislatures, not judges. And this creates a problem. The traditional requirements of actus reus and mens rea are common law rules. Courts announced them hundreds of years ago in a time when courts largely defined what was a crime. When courts define what is a crime, the courts were saying, they will define them in ways that include a guilty act and guilty mind requirement.
Click to expand...

There is surprisingly little law answering that question. There is some, but not that much. That's surprising, I think, because the constitutional limits on crime definition are fundamentally important. But there's also a reason for the relative absence of caselaw. Legislatures enact lots of new crimes, but they usually use preexisting tools to get there. And when legislatures enact criminal laws that may on their face seem like significant departures from traditional approaches, courts construe the new laws to reflect traditional common law principles. [my emphasis]
Click to expand...

The Supreme Court's new Term will begin next week with a fascinating criminal law case, Kahler v. Kansas, that asks a simple question: Can a state eliminate the insanity defense? I think Kahler may prove quite important for the field of criminal law, and I wanted to explain why.

Can States Eliminate the Insanity Defense?

A fascinating and important criminal law case to be argued next week on the first day of the new Supreme Court Term.

An Insanity Defense is one of the most difficult defenses to put forward. It looks like this is the splitting of hairs as to when the insanity defense is presented to the jury. The judge is usually the gate keeper as to the defense even gets before the jury. Does the Kansas law eliminate or remove that gate keeping aspect of the defense?
B

Sorry about the sidebar but every time I think about the insanity defense, I think of gangster George Remus using it successfully here in Cincinnati. Gunned down his soon to be ex-wife in broad daylight at a public park. Color of law, without looking it up, do you know where that took place? 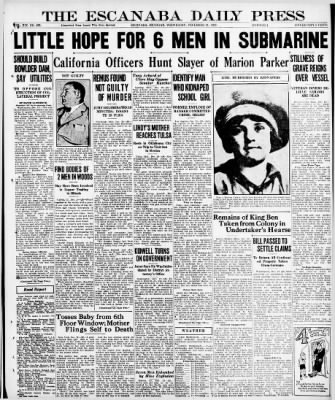 The Escanaba Daily Press from Escanaba, Michigan on December 21, 1927 · Page 1

Brian D. said:
Sorry about the sidebar but every time I think about the insanity defense, I think of gangster George Remus using it successfully here in Cincinnati. Gunned down his soon to be ex-wife in broad daylight at a public park. Color of law, without looking it up, do you know where that took place?
Click to expand...

At 8:30 a.m. on Oct. 6, 1927, a man walked into the central police station in Cincinnati and informed the officer on duty, “I just shot my wife, and I came to surrender.”

The man identified himself as George Remus, but if the police knew they had one of America’s most notorious bootleggers in voluntary custody, they didn’t show it.

After his wife’s death was confirmed, they took Remus to Eden Park to look for the gun, with no success. Later that day, the prosecutor’s office sent a psychologist to Remus’ cell. He happily explained how his wife and her lover “broke up my home, robbed me of my fortune and double-crossed the federal government” and assured the doctor he wasn’t insane — but then added, “No man could be perfectly sane and commit the crime that I’ve done.”

(Though it has never been confirmed, legend has it F. Scott Fitzgerald based the central figure of “The Great Gatsby” on Remus.)

Cincinnati police provided a multi-room jail suite for their celebrity detainee. From there, Remus began preparing for his trial. Although he had insisted when he surrendered to the police that he was sane, he soon declared that he’d been suffering from transitory insanity: “Remus’ brain exploded,” he told reporters. Prosecutors brought in three psychological experts to examine Remus and refute the claim, but a steady stream of defense witnesses attested that while “he was exceptionally intelligent and sane and bright and shrewd” most of the time, when it came to Imogene and Dodge, “he was crazy as a bedbug.” Furthermore, to the dismay of prosecutors, Remus and his attorney were able to discuss what Imogene had done, offering an explanation for why he’d gone mad.

After closing arguments, the judge instructed the jury they could only find Remus guilty (of either first- or second-degree murder or manslaughter) or not guilty by reason of insanity. It took just 19 minutes for them to return the latter verdict, with one juror later saying: “We felt that Remus had been greatly wronged, that he had suffered almost beyond human endurance.”

Prosecutors tried to keep Remus institutionalized, but it only took six months for him to convince the courts that he was sane now and should be released. “I want peace,” he told the appeals judges. “So far as Mr. Dodge or anyone else is concerned, bygones are bygones.” 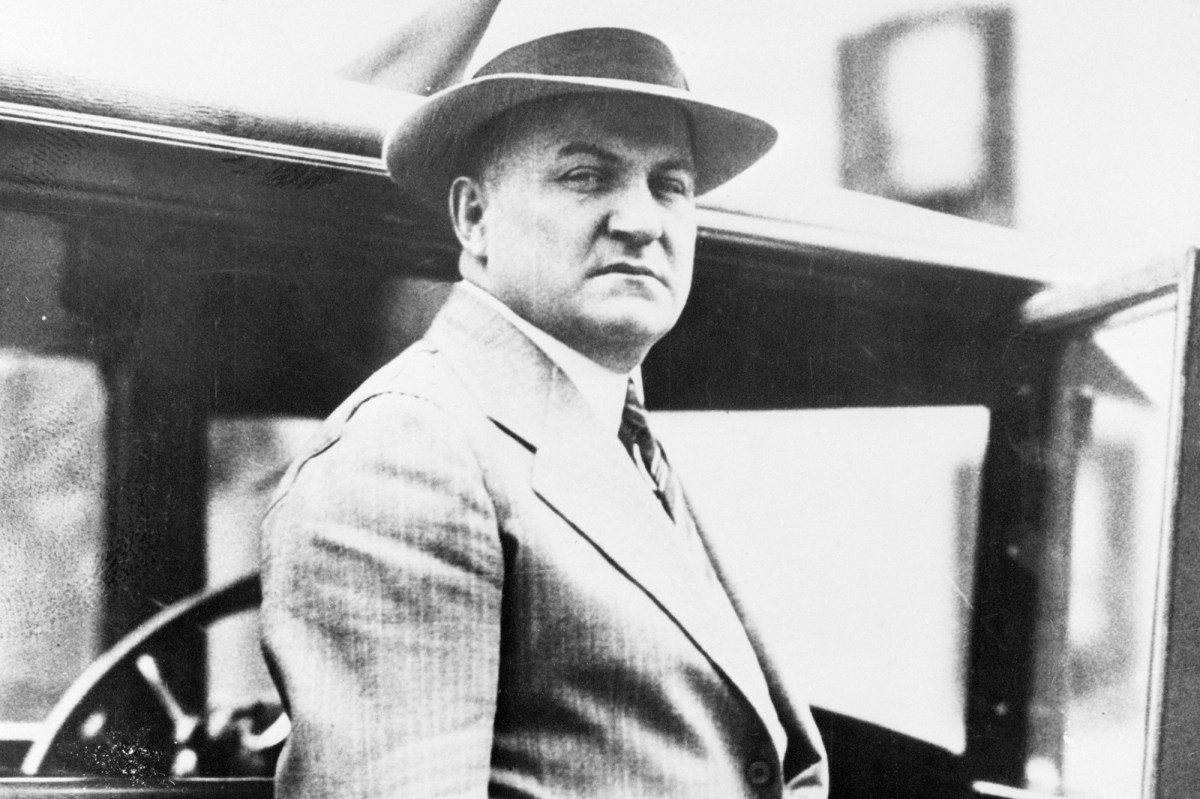 At 8:30 a.m. on Oct. 6, 1927, a man walked into the central police station in Cincinnati and informed the officer on duty, “I just shot my wife, and I came to surrender.” The man identified himself…

Specifically, Remus pulled the trigger by the gazebo next to Mirror Lake in Eden Park, where we ran into each other that one time, color of law.
G

Insanity and our current judicial system. Can't separate the two.

guess as pa used to say...takes one to know ~ eh dougie?

Ipse and his Pa know simpletons!