Good 4A ruling saw this posted by KB 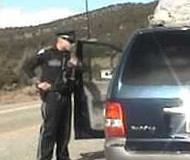 New Mexico Court of Appeals rules that a police officer needs a good reason to open a car door during a traffic stop for speeding.
www.thenewspaper.com

The way it should be.

"We are not tasked with speculating as to whether Officer Perez could have detected the odor of alcohol had he continued with his traffic investigation, but rather whether he would have obtained such evidence through lawful means wholly independent of his illegal actions," Judge Vargas ruled.
If the officer would have subsequently detected the smell of alcohol, I would think that would be inevitable discovery, which would override the discovery resulting from the illegally opened door.
G

New Mexico LEO heads are imploding as we speak.

As I said when I shared that on Zuckbook, NM has a complicated relationship with alcohol, so it was surprising to see that ruling there.
F

Within four seconds, Officer Perez identified himself and opened the door. He said he thought Martinez might drive away

Timing is every thing

It the officer would have conducted a "normal traffic stop" instead of opening the door within 4 seconds.

He most likely would have developed more than enough PC to make an arrest.

Having conducted thousands of traffic stops I can not recall that ever I would have walked up and open the door that fast. Or would have wanted to.

OP the photo from your cited reference is from another case heard before the 10th in 2017: https://www.abqjournal.com/1111571/court-sides-with-officer-in-taos-minivan-shooting.html

“A federal appeals court ruled Wednesday that a New Mexico police officer did not violate the constitutional rights of a woman and her five children when he shot at their minivan as they fled a chaotic traffic stop in 2013.

The 10th Circuit Court of Appeals issued the ruling in the case filed by Oriana Farrell, who was pulled over for speeding and led officers on a high-speed pursuit through the tourist enclave of Taos.”

So OP why is it when someone searches the internet using the phrase “ nm court need warrant to open car door” you get three hits, one from your thread, one from your cite, and one from motorist?

Interestingly you will find numerous old hits stating, “police opening a door of an occupied vehicle is a search. “Even a small intrusion” can be an unlawful search under the 4th Amendment. Arizona v. Hicks, (1987). Even an officers act of sticking his head in a slightly ajar sliding door of a windowless cargo van is a search. See Commonwealth v. Podgurski.”

So shooting at a car filled with an adult and their five kids isnt a violation, yet opening their door duing a stop is?
F

I am fairly sure that the rights they are talking about in the shooting case are not 4th amendment rights.

Firearms Iinstuctor said:
I am fairly sure that the rights they are talking about in the shooting case are not 4th amendment rights.
Click to expand...

Hummm...reading the article, which stated...”The Farrells argued that Montoya’s gunshots amounted to excessive force and that he violated their Fourth Amendment rights against unreasonable seizure when he shot at their vehicle.”