Defund the LE agencies...might save some $$$ 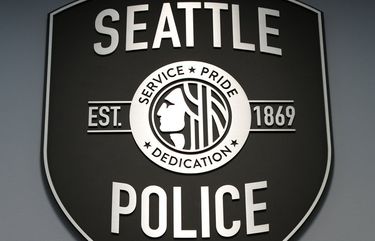 Ron Willis, a Seattle patrol officer, became the most highly paid city employee last year. How? He was paid the equivalent of two years of work inside of one, renewing longstanding questions on how Seattle Police monitor overtime pay.

Seattle Police Officer Ron Willis was exceptionally busy in 2019 — so much so that he crammed the work of two years into just one.

Willis, a 58-year-old patrol officer, — more than the mayor, the police chief or any other city employee. How? He was paid for 4,149 hours of work, not including vacation or sick leave.

On six occasions, Willis was compensated for more than 24 hours in a single day, according to the data.

Just because one officer MAY be a deceitful and fraudulent crook is no reason to throw out the good cops.
BTW, between your insurance rates and other "miscellaneous" expenses incurred from a reduced police presence, you would end up paying a lot more of your disposable income to replace your local PD as it stands now.

Reduced presence...living in the county as it were with limited SOfficers to begin with...not sure I’d notice or be aware of said reduction!
Synopsis of 911 call i made last week after several late nights of youn’s racing their vehicles and several of them losing control causing property damage, e.g., fences & mailboxes, road signs leveled;
911; whats your emergency...
Just a call to give officers heads up the street racers are racing in this county area again - right now...
911: why would we care...?
Your right, you wouldn’t until there is a vehicle accident - have a good night!

sidebar...yesterday local power company & two deputies was on nearby main rural thoroughfare replacing a 100kva power pole taken out by a vehicle “who lost control” the night before...hummmm odd coincidence me thinks!

cops are no longer the good neighborhood "protect and serve" civil servant....they are the nothing more then mall cop with and badge with unlimited powers to do what they want, when they want and how they please because over the years, they have been encouraged by the police union and the corrupt judges that make the law for the rest of us peasant's.

when hell freezes over, i may reconsider our LEO's as the good guy with and get my respect, as of right now they are no difference then the common THUGS with a badge and gun and this is not what i know is America.

On six occasions, Willis was compensated for more than 24 hours in a single day, according to the data.
further Patrol median was 152K...really?
Click to expand...