‘We had officers in the immediate vicinity when this shooting began and were able to respond and put an end to it quickly," Dayton Police Department wrote in a tweet.
F

Not a good day for America.

Good people ought to be armed as they will, with wits and Guns and THE TRUTH.

Notice how infrequently potential victims shoot back. Wonder why? The snowflakes are winning.

It’s seasonably warm here, so I will not wear a jacket to church, and I will not expose my pistol. Instead my congregation will wait for our grubby ‘Quick Help’ after the fact cop that’s snuggled in his stinking bed. This is the highth of our tourist season and he is never seen except sitting roadside. Here in Wisconsin where gun carry is easy and legal.
G

Supposedly the shooter was killed by police less than a,minute after he opened fire.
Lot of damage done in a matter of seconds.

This,stuff picks up the months approaching every Fed election.

Be plenty more before the 2020 election.
F

I well have my 1911 with me like every other Sunday. Hot cold or other wise.

I listened to the cleanly shaved, sharply pressed shirted Dayton PD Assistant Chief, utter his statement of “we had officers congregated in the area...”

Articulated tone was of that of a braggart ~ smug and condescending ! 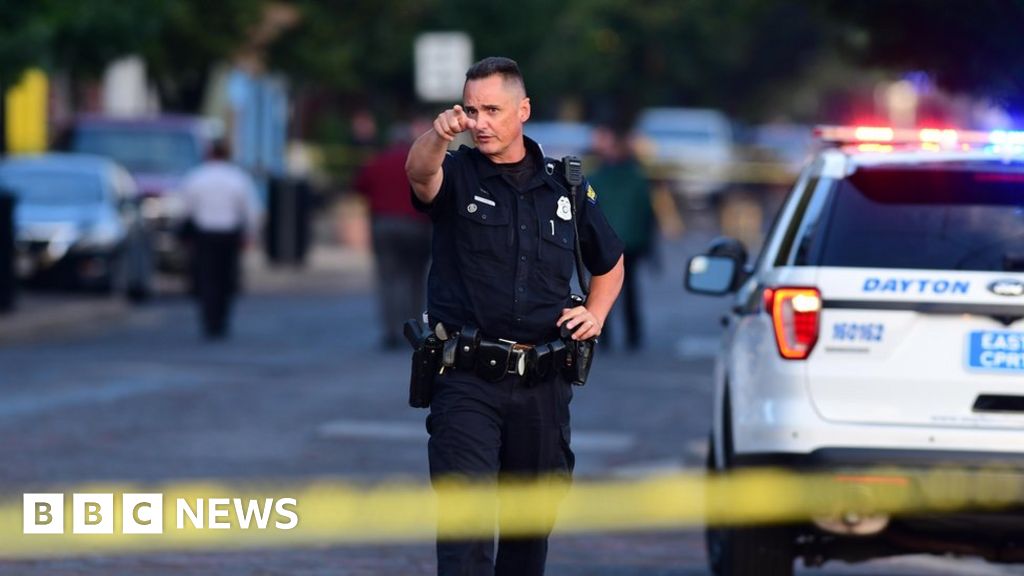 Police say nine people are dead and at least 27 injured in the second US mass shooting in 24 hours.
www.bbc.co.uk

Reports coming out the shooter was wearing “body armor”?

I wouldn't count on reports until they are verified.

Might turn around and check the colour of thy own derrière kettle...

Well coroner’s report is out...
1. Cocaine, alcohol, and psychotropic med found in his system. [wonder why the police or family failed to mention his MH status?]
2. Two of the victims had been hit by police bullets ~ coroner “believes one of them, a female, had already been fatally shot by Betts...”
3. ‘...was probably shot at least 24 times as police tried to stop him, Harshbarger said. Betts had 52 gunshot wounds in his upper and lower torso, but some of them could be exit wounds, the coroner said.” [so which is it..24 or 52 & how could the wounds be both entrance/ and exit?]

PD assistant chief “Biehl said the shooter made two efforts to get back on his feet after being downed by police officers, and that "lethal force" was warranted as long as Betts was still armed.” [so the LEs were judge, jury, and executioners and lost all possibility to discern motive!] 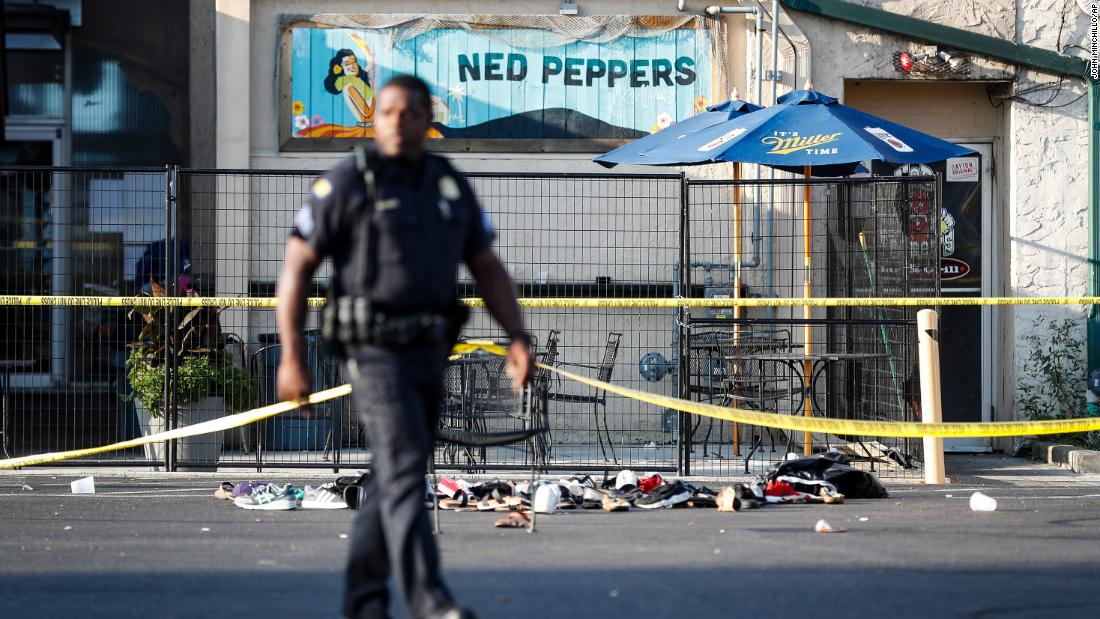 Dayton shooter had cocaine in his system, coroner says

The man who opened fire on a crowded bar district in Dayton, Ohio, had cocaine in his system, the county coroner said Thursday.

No outside civilian oversight of the LE’s actions or version whatsoever...just a glad hand’n and backslapping amongst the LEs & politicos for being in the right spot at the right time with a gaggle of LEs [nobody has adequately explained the rationale for the gaggle of LEs in the drinking district and SO close to the event] where they were able to react in drawing their service pistols [they did only have sidearm didn’t they?] so quickly [10 secs..] and accurately hit the shooter with upwards of 24, or 52, rounds & only hit two bystanders [already deceased the coroner ‘believes’] in such a testosterone, er adrenaline filled short period of time...

Nawll, the LEs investigated the event themselves and there wasn’t any malfeasance on their part...went down just as they said it did!

solus said:
3. ‘...was probably shot at least 24 times as police tried to stop him, Harshbarger said. Betts had 52 gunshot wounds in his upper and lower torso, but some of them could be exit wounds, the coroner said.” [so which is it..24 or 52 & how could the wounds be both entrance/ and exit?]
Click to expand...

52 holes could come from the "at least" 24 shots, since multiple wounds per shot aren't unusual on the arms and hands.

It would be helpful to know if those wounds were caused by pistol, rifle, or shotgun, or what combination. The CNN report didn't say.